I personally use the product below to help support my immune system and I would recommend you listen to the information in the video above this paragraph. I personally cannot afford to and have no desire to be sick, therefore I will do what I can to prevent being sick.

The picture above links to this product on Amazon. That link is an affiliate link and the owner of this website will receive a commission if you purchase the item above or other items on Amazon after clicking through that link. We thank you for your support of this website.

What if I told you a cure for cancer already existed but was not be publicized and instead
this information was being stymied, discredited and debunked by everyone with any authority within the mainstream medical community
in the United States of America.

The subject of cancer for me is a very serious one because I have lost people and I mean a ton of people and I’m sure you all have too or you know someone who is currently afflicted with cancer. Now for me, just to name a few, I have lost a step mom, a step dad, a cousin, two aunts and my grandmother is currently battling this disease.

I spoke to my grandmother yesterday and she told me of some of her experiences with doctors. She told me that doctors don’t want anything to do with her if she doesn’t want to listen to and follow their medical advice. We’re talking about an 85 year old woman here. She understands that her risk of undergoing western treatment for her cancer may actually cause her death or make what time she has left not worth living, even more than the cancer itself.

For example she said she went in to see a doctor and once she told that doctor she wasn’t interested in surgery, chemotherapy or radiation he acted like he didn’t want anymore to do with her. She asked him if he would continue to treat her even though she didn’t want to undergo traditional western solutions and he told her to go back to the cancer treatment center and he walked out the door.

One of the films is Cancer Can Be Killed from 2017 and you can see it right here in this video. I watched it all the way through and to kind of summarize this lady is diagnosed with cancer and goes to Germany for treatment for 30 days.
At the cost of thirty thousand dollars which seems pretty reasonable considering we’re talking about cancer! This brings up another question I always think about in regards to a cure for cancer. I always wonder how much a cure for cancer would sell for.

It’s hard for me to believe that there is no cure for cancer when literally trillions of dollars for cancer research have been spent. But yet there’s still no cure in America, come on now?

So this lady travels to Germany to undergo treatment for 30 days and would you know, low and behold her cancer is cured! The second documentary film I watched was Burzynski: Cancer Cure Cover Up. I encourage you all to watch these films and decide for yourself.

The information from these films encourages new questions. One being, if there is or was a cure for cancer would it be sold in the United States, or would someone or a group of people do
everything they could to hide a cure because treating cancer is much more lucrative than curing it?

I’m just throwing that out there because that’s my opinion. I believe there is much more money involved in treating cancer than there is in curing it. Not to mention how adversely affected the entire cancer institution would be financially impacted by a cure being created.

I’m not sure all doctors want to cure people, I think some would rather treat, because when they treat there is no guarantee of a cure as if it exonerates doctors from saving lives.

I expect you the reader and or viewer to be your own judge of this information. I’m not here to try and tell you how to think or what to believe. I am simply sharing my opinion based on the information I have seen.

I encourage all of you to watch these films and do your own research, talk to friends and family who have had the misfortune of being diagnosed with cancer.

Thank you for taking the time to watch this video I appreciate it. Don’t be afraid to share this information if you have found value in it.

I have heard a lot of talk and seen a lot of videos on YouTube that speak about setting up a website and starting your online business for one hundred dollars or less. 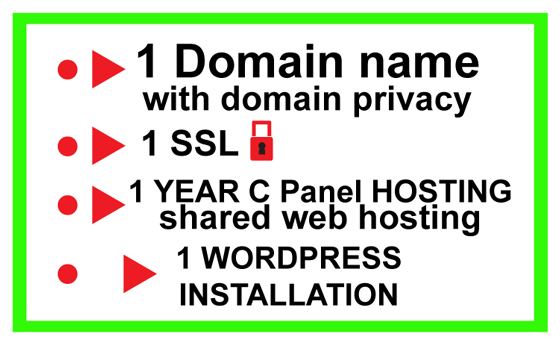 Learn more about how to start your online business in 2018.

Have we been indoctrinated to believe our creativity is no longer enough or are we just too busy enjoying the creativity of others to put our own to practical use? I for one like to stay on the positive side of things but I know that’s not always easy. We are exposed to so much negativity that it becomes nearly impossible to defend against all of it.

This leads me to a topic that is too important not to discuss and that is mindset. I’m sure a lot of you reading this probably view positive thought or positive belief as BS or wishful thinking. I hear where you’re coming from but at least consider my argument before completely discounting positive thought, visualization and faith.

Let’s parallel wishful thinking with architecture. Buildings or any structure for that matter don’t just magically appear overnight. They are planned out thoroughly but their construction is initiated by a single thought. Everything we do in our lives begins with a thought. What are you thinking right now?

What I really want to impress on you here is the fact that you are in control of your thoughts. Your experiences may lead you to believe that the world is bad and everyone is looking take what you have or someone else is preventing your success but I don’t choose to believe that. That’s the lesson in a nutshell! You choose to believe whatever you want and more often than not you will notice that your life unfolds just as you believe.

If thoughts are powerful enough to erect buildings or help a person lose weight or steady enough to help someone succeed in business then it stands to reason that you have been carrying the secret to your success with you all along. I challenge you, right here and right now to change your thoughts and beliefs to something positive. I know it will be difficult and at times may seem impossible but you can do it! Be mindful of what and who you are listening to. Be mindful of who is in your ear and what you’re taking to heart!

It’s your mind and you can change it whenever you want to! At the end of the day it’s up to you to take control of your mind or someone else will. A mind is the most terrible thing waste!

It’s only natural for people to wonder if make money online information products are worth $47. With all the sizzle and fluff you find in most sales pitches it’s easy to become either intoxicated and succumb to the pitch alone or to be repulsed by it because you’re a natural born skeptic or have been burned too many times in the past.

In this post I would like to pull back the curtain a little and share my opinion. I have purchased quite a few of these things but I am guilty of not taking action and chasing after the next new shiny object. More on that some other time.

If you’re asking me if a make money online with internet marketing course is worth the money then my short and immediate answer is yes! Depending of course (no pun intended) on how much you already know and whether or not you plan on taking action. The hardcore, yet simple truth is that no product can help someone who is unwilling to take action or even worse someone who doesn’t have the belief in themselves.

I find that when we ask a question such as this we must understand that to answer it we’re going to have to ask more questions. For example, depending on who is buying the average forty seven dollar make money online information product really helps determine whether or not the purchased information is of value.

If for example you are a seasoned internet marketer then most likely the typical information product will not help you. However if you are new to internet marketing and affiliate marketing then one of these products can and will very likely help you save time because you won’t have to find this information on your own, and save you money because the information contained in your specific course may prevent you from making newbie mistakes.

I think it’s important to understand that we are buying both time and knowledge when we make these kinds of purchases.

Therefore, depending on how much your time is worth then a product such as this maybe just what you’re looking for, or perhaps your circumstance dictates that you find this information on your own, that’s assuming you know where to look.

I’m of the belief that a product that provides knowledge and saves me time is a good value. We’re all looking to save time and cut through the chase and there’s no easier way to do that than by purchasing a course from someone who is already making money online. It’s just my opinion, but I’m right!

There is a lot of good information online once you filter through quite of a bit of garbage and cryptic messages. I like to be helpful when I can. Having said that in the video below I disclose an often overlooked, yet obvious tip. It’s funny how we tend to overlook the obvious even when it’s right in front of our face.

If you’re new to online marketing or creating websites and you’re planning to register a domain, be sure to watch the video below. The tips inside this video will be of great use to you and may just save you from unnecessary and completely avoidable hassle in the future.

I believe very strongly in discipline. I think it makes people reach higher and carries with it the fortitude necessary to accomplish even the most difficult goals. Without discipline and goals we are just rudderless ships floating through life.

It would not be discipline that Mr. Bumgarner faces, it would be punishment. Discipline would have been having the restraint to NOT do something you’re not supposed to do! Punishment is the consequence for a lack of discipline!

Madison Bumgarner says he hasn't been told if he faces discipline for riding a dirt bike. https://t.co/YXONOVJ1uf pic.twitter.com/cvDcGiy1Al

I have a page coming soon on this very topic. It’s too important not to talk about!